“Walking is good for solving problems. It’s like your feet are little psychiatrists.”

A little background. For years, Jesse Cody struggled with his mental health. Then, when life was darkest, the dawn broke over the mountaintops. Literally. Through a series of serendipitous occurrences, Jesse was introduced to the therapy of long-distance hiking and the great outdoors. In 2014, he hit the Appalachian trail, leaping into the 2,000-mile-long walk that saved his life.

But Jesse wanted to do more. He knew his experience could be the spark that ignites change for others who were struggling. So he founded Hike the Good Hike, a nonprofit organization that allowed him to spread the word about mental health and raise money for groups like the Youth Mental Health Project. In 2022, Hike the Good Hike was officially established as a nonprofit, which meant it was time for a fresh take on its brand.

So Jesse turned to DECODE for help. Our mission? Stay close to Jesse’s vision of helping others through nature while giving the brand everything it needed to stand out and grow. 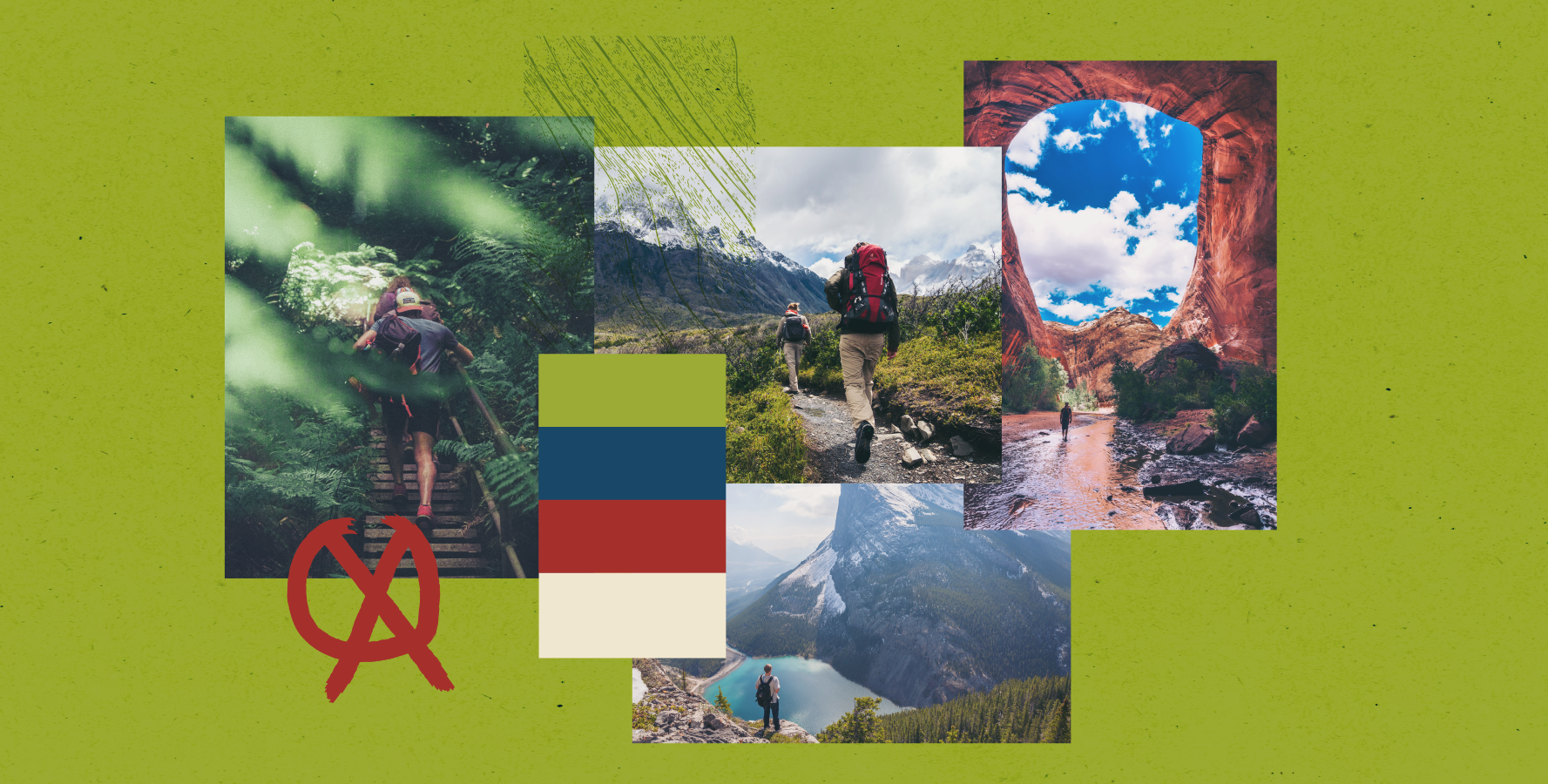 The premise was simple, introduce the brand to new audiences and inspire them to act. Jesse is all about action, so, following his example, we made that kind of activism the heart and soul of our creative.

The existing logo, originally designed to be a patch, needed a refresh. To connect with our audience as well as Jesse’s personal identity, we wanted to keep many of the original elements but give them a refresh that could serve Hike the Good Hike as it continued to grow.

We updated the mountain silhouette to make it more prominent and kept other original logo elements, such as the skyline and river. A sun was added as a symbol of hope, new beginnings, and discoveries.

To reinforce Hike the Good Hike’s new branding we made good use of Jesse’s own photography. Our color palette came from nature itself, reflecting the green leaves, blue mountain ranges, and white clouds. Pops of red found in his pictures, often in the form of a hiking backpack, helped us honor Jesse’s request to incorporate the brand’s original maroon color into our creative.

That combination, partnered with Jesse’s own story, made for creative that was impossible to ignore. 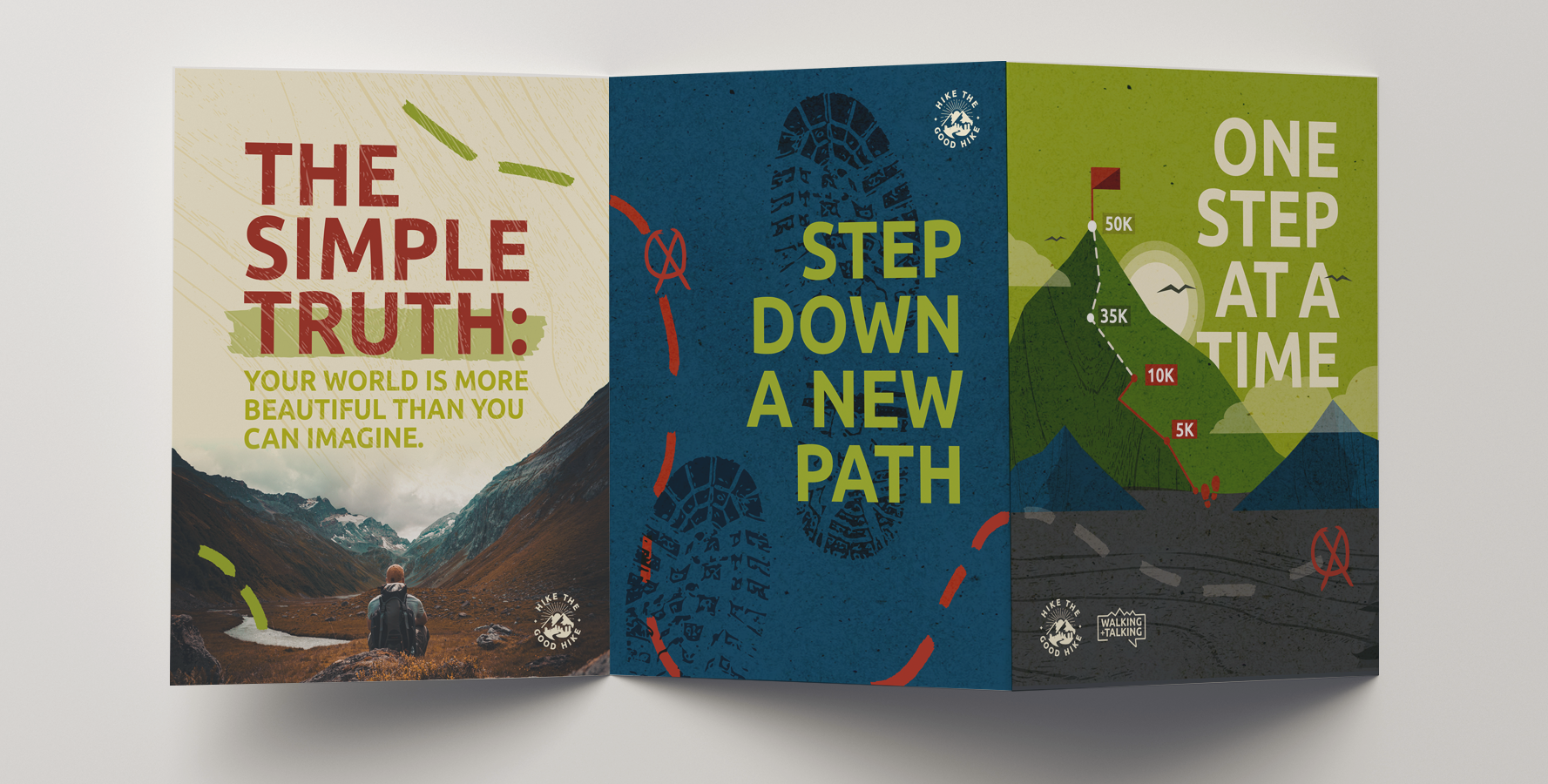 We met our goal—and so did our client.

The most important result of our work—Jesse’s response. His joy was contagious. Our creative paired seamlessly with his identity, a non-negotiable for a nonprofit where the client himself is the soul of the brand.

"I've been incredibly impressed by the team's constant efforts and their ability to understand the mindset of my target audience. DECODE proactively suggests tools to help me get the HTGH word out and turn everything HTGH from a blogger brand to a professional nonprofit. They truly are a team that works to the bone to make my vision a reality."

Jesse’s emotional reaction served as a poignant reminder to our team: When our clients win, we win with them.

“The best view comes after the hardest climb.”